Today, within the U.S. school system, many children are struggling and challenged by undiagnosed learning disabilities, mental or physical health issues, trauma, homelessness, etc. The client stories that follow reflect these struggles, and the positive changes that occurred as a result of Student Advocacy’s intervention. 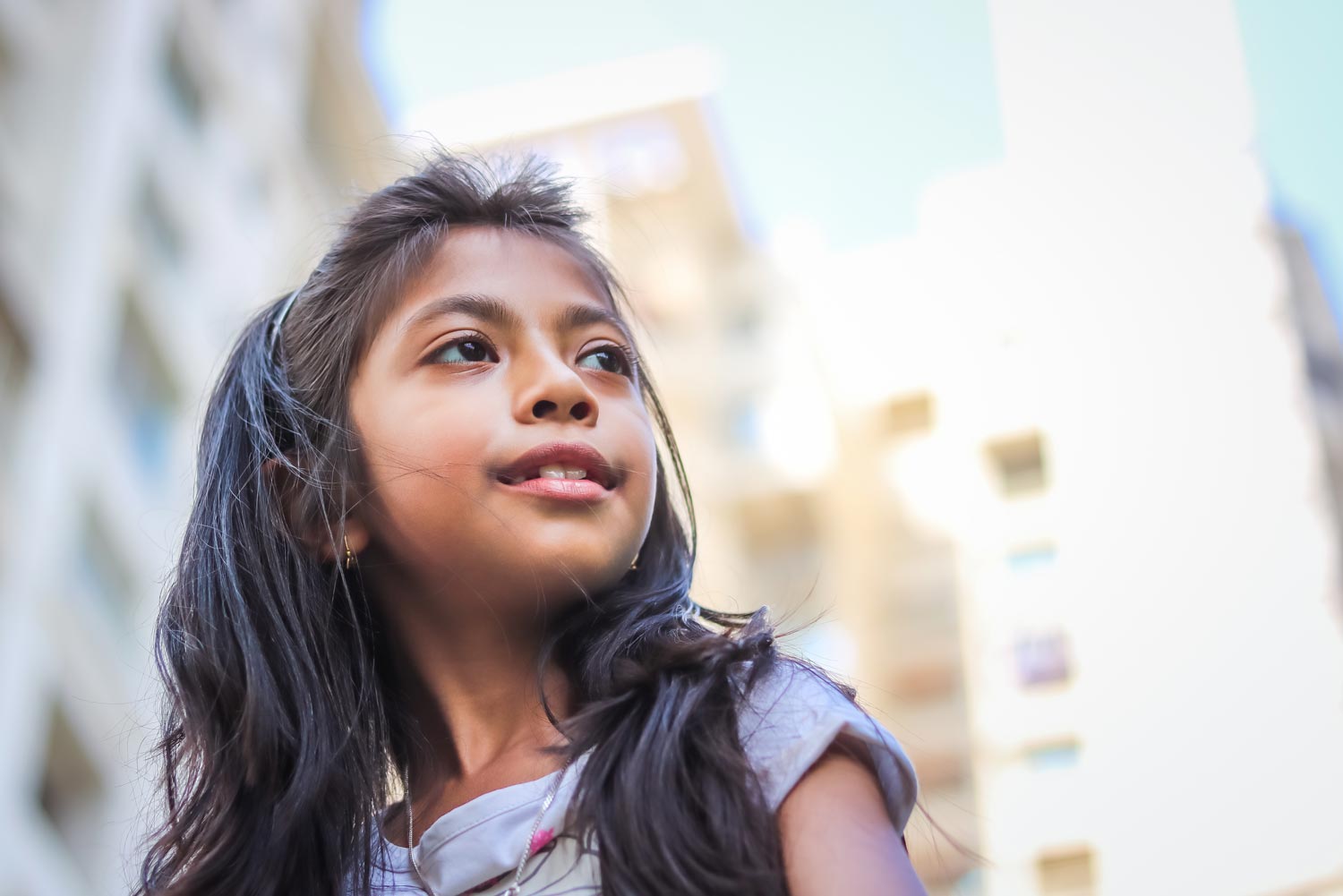 When Emma’s mother came to Student Advocacy, she felt she had nowhere else to turn. Emma was in fourth grade, and was two and a half years below grade level in reading and writing. Emma’s mother, who immigrated to the United States shortly before Emma’s birth, voiced conce­rns for years, but teachers seemed more troubled by her behavior than lack of academic progress. They reported that Emma was lazy, inattentive, failed to follow directives, and completed minimal classwork. They also stated Emma avoided work by complaining of headaches and stomachaches, and asking to go to the nurse’s office. At home, Emma expressed that school was too hard, and she felt stupid. She had meltdowns when it was time to do homework, and some mornings felt so deflated that she didn’t want to go to school.

After conducting a thorough intake, and reviewing Emma’s school records, one of Student Advocacy’s education advocates recommended that Mom request an evaluation from the school district, to determine eligibility for special education services.

When the Committee on Special Education met, Emma’s advocate, using a legally-based approach to advocacy, was successful in convincing the Committee that Emma had a learning disability which adversely affected her performance. An Individualized Education Plan (IEP) was created to provide Emma with the services she required to progress academically.

Now Emma’s teachers have a better understanding of why she has a hard time focusing and following directions, completing her work, and often needs a short break. They now recognize that she is not lazy, willful, or looking for the easy way out by asking to leave the classroom. Just as important, Emma now understands that she is bright and capable, but that her brain works a bit differently. She’s making consistent progress in reading and writing, and feels confident in the classroom. With the encouragement and support of her general and special education teachers, and speech/language and occupational therapists, she is now willing to take academic risks, like volunteering to read out loud. She no longer asks to go to the nurse, because she is not afraid to say that she needs extra help from a teacher. She is regaining her self-esteem by the day, and has positive feelings toward school.

Emma has made a remarkable transformation!

Malcolm’s mother referred him to SA as a first grader experiencing great difficulties in school. He wasn’t learning to read, couldn’t keep up with math, and had no friends. His teacher often reported him for behaviors such as leaving his seat, interrupting, and playing during lessons. He had trouble tying his shoelaces and zipping his jacket. Malcolm’s teacher often excluded him from activities for “disruption,” and made him sit separately from his classmates. Mom became increasingly worried as Malcolm often plead illness, and attempted to get off the bus to avoid going to school.

Mom filed a request for evaluation as a child in need of special education support, but nothing happened. Finally, Mom contacted Student Advocacy for assistance, and was assigned an attorney advocate, who got involved immediately. The advocate sent almost daily reminders to the district to convince them of Malcolm’s urgent need for evaluation. Finally, in June, the necessary evaluations were scheduled. One even took place on a Saturday!

The evaluations clearly showed that Malcolm’s reading and math skills were undeveloped for his age, and that he had delays in fine motor skills, and speech & language development. A meeting with the Committee on Special Education was promptly convened. The Committee determined that Malcolm was, indeed, a student with a disability and required specially designed small group instruction, as well as Speech & Language and Occupational Therapy.

Malcolm returned to school in September. Although he was making some progress, the advocate attorney returned to the table, requesting additional supports’ in a smaller class setting. The committee agreed, and the change was made.

The following month, Malcolm’s mother reported that he was learning steadily, making friends, and happily going to school. “He even hugged the school bus driver today!” she exclaimed.

The youngest of three children, Joey was a typically developing little boy. By six months he could say “mama” and “papa”, he was walking by the time he turned one, and he was playful and engaging. However, at age 18 months, he was “struck by the autism bomb.”

“Autism bomb” is a term used by some experts to refer to the sudden, dramatic loss of speech, and environmental withdrawal, that occurs between 18-24 months of age in approximately 30% of children with autism.

Joey stopped speaking, making eye contact, and responding to his name. He simply withdrew into his own world. His family was alarmed at the dramatic change, searching for resources to help him re-engage in the world. He began receiving Early Intervention Services, and was later placed in a Special Education Preschool.

Joey was always a picky eater, but at approximately three years of age he became much more selective. He stopped eating solid foods, and, weeks later, began rejecting liquids as well. Joey’s parents stopped sending him to preschool because, due to inadequate nutrition, he would often return listless, barely able to hold his head up. He developed anemia, and his mom was forced to feed him by syringe several times a day. Though the school was adamant that Joey return to class, his parents felt it best that he stay home, where Mom could cater to his needs.

Joey’s parents contacted Student Advocacy for help. A designated advocate attorney explained the law to them: Because of his young age, Joey was not compelled to attend preschool, and could receive services at home. The advocate attorney also explained that other, perhaps better, options existed. She had the parents request a meeting with the Committee of Preschool Special Education (CPSE), and persuaded the team to have Joey evaluated by a feeding specialist. The evaluation showed that Joey’s eating disorder was due to autism-related sensory issues. Hence, the CPSE recommended that a feeding specialist consult with the parents on a regular basis, and with the teacher and service providers at school, to teach them how to address the problem.

Student Advocacy’s efforts had an enormous impact on Joey’s development. Joey returned to school, his eating improved, he’s learning to communicate, and re-engaging with the world around him. His parents are thrilled with the changes they see, and are grateful for Student Advocacy’s support.

Every parent wants the best for their child, including access to an education that assists them in becoming independent, successful individuals. However, there are times when the path to a standard education (receiving a diploma), may not be feasible. Advocating for the needs of these students is rarely a simple, one-step fix.

In the United States, approximately 13.7% of the student population is disabled; One percent are so significantly impaired, that attaining a high school diploma is unlikely. Instead, these youth participate in alternative programming, helping them to acquire functional life skills. This was the case for Dara, one of our clients with numerous special needs.

Starting at a very young age, Dara experienced challenges in a general education setting. Her behavior, including extreme outbursts, interfered with her ability to focus and learn. As a result, she was placed in a variety of special education programs. Although the earlier behavior dissipated over time, new challenges arose when Dara entered high school.

In order to provide Dara with maximum educational opportunities, she was placed in a hybrid special education program. The district felt this program was well suited to Dara’s needs, and could provide her with both a high school diploma coupled and vocational experience. Because of her disability, which was not fully diagnosed at that time, she could participate in the program until she either achieved all high school diploma requirements or aged out at 21, allowing her the extra time to achieve class credits.

Dara refused to participate in classes she perceived as special education and would only attend vocational classes. She would say her school-work was too easy when in fact, it was too difficult. Because she was skipping classes, she was not passing her tests and ultimately was not going to achieve her goal of receiving a high school diploma.

Desperate for help, Dara’s family came to Student Advocacy seeking our advocacy support; Members of her family were at odds on what to do. We administered a series of new evaluations, which determined that Dara was Autistic and had significant deficits in language processing, coupled with high anxiety and attentional issues. Ongoing meetings between her family, the school district leader, and the Student Advocacy education advocate not only led to a better understanding of Dara’s disability but an identification on the types of supports, services, and transition plan Dara needed to progress academically and socially. Through our assistance, she was ultimately successful in experiencing a positive high school experience that led to learning functional skills for living independently, post high school life.